Board alignment and handling trays for Condor Flying Probe 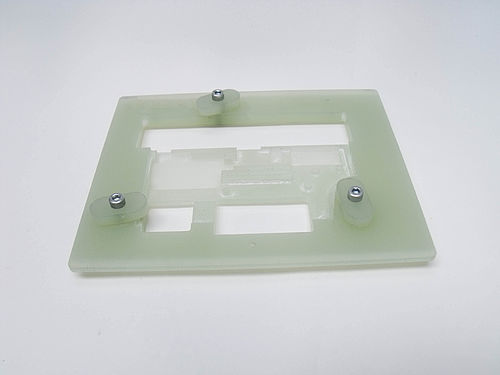 Are you faced with the challenge of having to test printed circuit boards (pcb’s) which are not inline-compatible? Do your assemblies fall short of the clamping edge of three millimeters? Digitaltest has solved the problem and can now produce custom-tailored holders for you, so-called trays.

As a rule, pcb’s require a clamping edge of three millimeters on two parallel sides, one at the top and one at the bottom. If the boards are tested single-sided in our front loader, one clamping edge on two parallel sides is sufficient, along with space for the variable clamping fingers on the other board side. But if these conditions are not met, our trays represent a fast and simple solution. These frames are produced individually for your pcb’s to enable the best possible testing on our Condor Flying Probe test system.

This easy to use board handling system allows your boards to be tested with our Flying Probe both in front load and inline configuration. Digitaltest has long used trays in our own production and has already produced such PCB carriers for many different types of pcb’s.

Digitaltest newsletter
In order to give you a better service this website uses cookies. By continuing to browse the site you are agreeing to our use of cookies.
I agree.